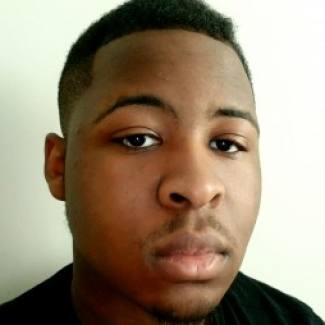 Michael Benjamin Adebisi Kehinde Adedeji (23) was born and raised in New Castle, Delaware, then moved to Kennesaw, GA for a better education and second half of his current life he’s Georgia Made. He’s ethnically, half Nigerian and African-American. He is also a fraternal twin, his brother is Matthew Adedeji & his mother Karen L. Wallace, and his father Winston A. Adedeji.

His mentor, Dr. Shirlene Holmes, is the reason he joined OBS, she invited him here and is proud that he’s taking the next strides into his career.

He’s been an artist since he was 4, and nurtured visual arts and sketching for many years off of that. He would read comic books and learn the different styles to train himself.

He started out acting in high school and got his start for more professional work when he entered college. He studied Theatre his freshman year at Georgia Southern University, then transferred to Georgia State University after a year and half at Southern. He’s played many roles, but his most groundbreaking was The Lion in the Wiz.

He then began to write, direct more, and strengthen his business skills by dropping the Theatre major and focusing on how he could blend his business skills from the Robinson College of Business at Georgia State University and his knowledge of the arts.

He is an artist visually and digitally, he likes to study people, play in his mind and endlessly create new characters. For the past 14 years he has nurtured a multiverse from those escapades into the endless parts of his mind and created his own worlds. He wishes to share a piece of his worlds with the world in hope we can make it a better place by becoming better than ourselves.

Michael is also a singer, dancer and overall performer and has set aside time to practice his writing before he goes on to create something he can challenge himself with, since life shouldn’t be held up in lines waiting for someone to pick you, when you can pick yourself.

He plans to create his own empire and build with his peers and create a reformed industry.

Michael will take over this world and the next world along with his friends.

Fun Fact: Michael in the last 14 years curated several phases of animated works that take place in the past, present, future and distant future. Stay tuned. 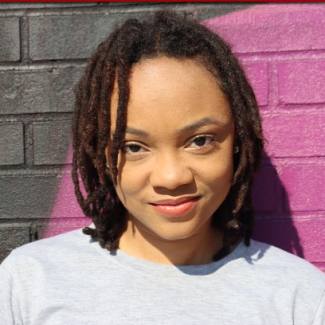 The Organization of Black Screenwriters supports and advocates for writers committed to using the power of storytelling across all media platforms , especially descendants of the African diaspora.